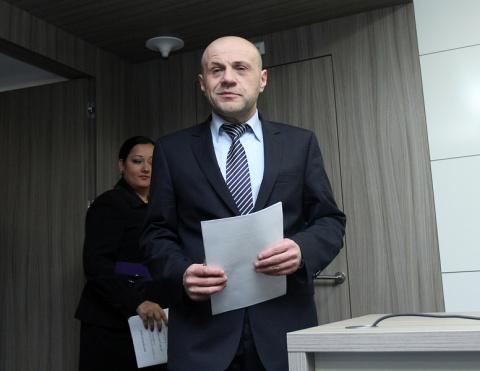 Both parties are to reveal their nominees at special plenary meetings on Saturday, Dariknews.bg has reported.

GERB (which stands for Citizens for a European Development of Bulgaria) has already revealed that former EU Funds Minister Tomislav Donchev is heading their list, but the other figures bidding for MEP seats have so far been unclear.

The formerly ruling (2009-2013) party chose the southern Bulgarian city of Kurdzhali.
Kurdzhali sparked controversy earlier this week after ruling socialists' leader Sergei Stanishev spoke of a scenario in which, like in Crimea, the city could break away from Bulgaria due to its large ethnic Turkish minority.

GERB's leader Boyko Borisov said it was precisely because of these words that his party's meeting would be held in Kurdzhali.

The Reformists Bloc's list, on the other hand, is expected to be headed by former Bulgarian minister and EU Commissioner Meglena Kuneva, leader of the movement Bulgaria for Citizens.
The bloc is expected to make it into the European Parliament on May 25, with most polls predicting its result somewhere between 5-6%, which would give one MEP to th recently-forged alliance of right parties.

Reformists' leaders, however, have vowed to win up to three seats in the EU's Parliament.