Construction At Bulgaria's Karadere To Start In September 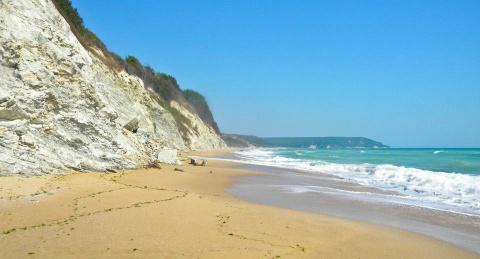 The construction of the Black Sea Eco Garden Resort at the Karadere area will start in September 2014, said Minister of Economy and Energy Dragomir Stoinev.

The construction will continue through September 2017, according to Stoinev who presented the project at the Monday meeting of Bulgaria's government.

The project, however, must obtain an ecological evaluation, before getting a construction permit.

The government decision from March 19 to green-light the controversial project and grant it a first class investor certificate sparked a new wave of anti-government and environmentalist protests throughout Bulgaria. The most recent took place in Sofia, Plovdiv and Varna on Sunday. Also on Sunday there was a rally in favour of the project in the town of Byala, near Karadere.

According to the public records of the March 19 government session all ministers were in favour.

The investor in the controversial project Black Sea Eco Garden Resort is the shrouded in anonymity company Madara Europe, allegedly registered in an offshore area.

The holiday complex is to span over 247 decares, which will include three hotel buildings, 1200 separate residential units, service buildings, a marina and public service areas.  The investors promise 500 new jobs.

The government's decision clashes with the stance of the ruling...