Vulin urges UN report on NATO's use of depleted uranium 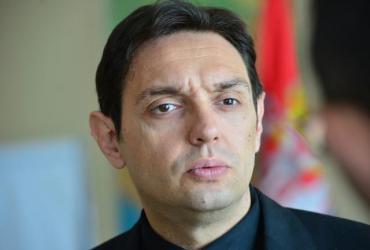 Vulin urges UN report on NATO's use of depleted uranium

LEPOSAVIĆ -- Aleksandar Vulin on Monday asked the UN to release a report on the effects NATO's use of depleted uranium during its 1999 war against Serbia.

"From this place I am asking the UN to release the report on the bombing with depleted uranium, all the locations where the bombs with depleted uranium were dropped, where our water, air, land, have been poisoned," he said, addressing a gathering in Leposavić, northern Kosovo, to mark 15 years since the start of the war.

The minister in charge of Kosovo in the caretaker government added that Serbia "needs to adopt a law on the rights of veterans and their descendants, to thank everyone who on this day and all those days defended and guarded it."

Leposavić Mayor Dragan Jablanović urged Serbs to unite, and said they "want to stay in Kosovo."

"We do not want some quasi Albanian state to take hold here, favored by the world powers who bombed us. If we are united - and now is the right time, we will succeed in our struggle. There cannot be any other state here except the one that has eternally been here, is now, and will be in the future, and that is Serbia," said Jablanović.

Support from our allies

The US, the EU and the Eastern Mediterranean