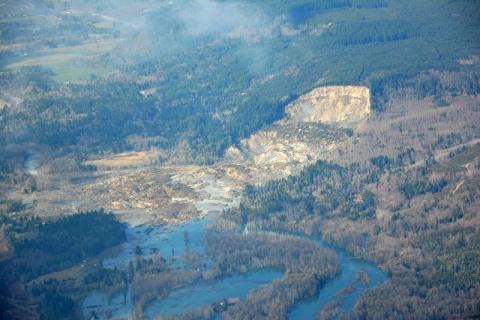 Fourteen people are confirmed dead and 176 are still missing in the weekend mudslide outside of Seattle, Washington.

The number of confirmed deaths rose after six more bodies were recovered Monday. Authorities are still seeking those unaccounted for, but they expect the death toll could rise.

Many people are also critically injured and 30 homes have been destroyed.

“The situation is very grim,” Snohomish County Fire District 21 Chief Travis Hots said, stressing that authorities are still in rescue mode and are holding out hope. But he noted: “We have not found anyone alive on this pile since Saturday.”

According to local authorities, the number of those missing could be lower, because there could be several missing persons reports for the same people.