Capitals of US, EU, Moldova to Host NATO’s Enlargement Anniversary 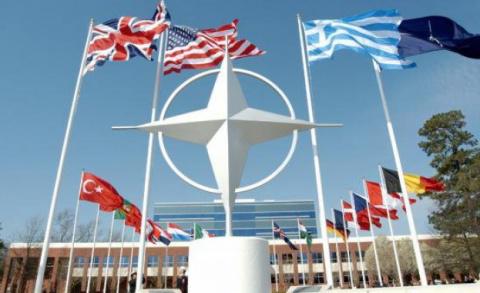 At a news conference revealing the Atlantic Treaty Organization’s 2014 timetable for celebrations of its 2004 enlargement, the biggest one up to date, details were revealed regarding NATO’s jubilee activities scheduled for the rest of 2014 and set to begin as early as next week.

Apart from Bulgaria, from 2004 NATO includes Estonia, Latvia, Lithuania, Romania, Slovakia and Slovenia. The organization thus ascribes importance to the 10th anniversary, which marks the fact that an unprecedented number of ex-Soviet states were integrated into its structures.

Moldova’s capital, Chisinau, is expected to have a special role in these events alongside Washington and Brussels.

Moldova, an Eastern European Country neighboring Romania and Ukraine, is not currently part neither of NATO (as neutrality is enshrined in its constitution) nor of the EU. However, it is expected to host numerous cultural events involving art, cinema and music dedicated to the ten-year-long history of Eastern Enlargement.

In mid-March, NATO raised fears Russia could carry out an incursion in Moldova’s region of Transnistria, a Russian-populated enclave struggling to break away from the country. It did not immediately become clear whether NATO’s plans for enhancing Chisinau’s diplomatic role in this year’s celebrations is connected to such military calculations.

Bulgaria, on its behalf, has been designated a key role in Chisinau’s activities, as Bulgaria’s Embassy to Moldova is also NATO’s contact point with the country in...