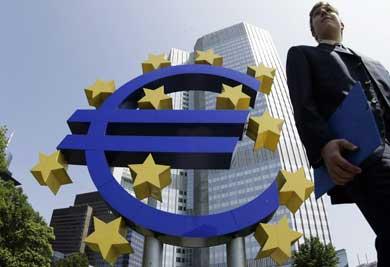 Further evidence emerged on Monday that the economic recovery across the 18-country eurozone is accelerating and, perhaps more importantly, spreading to the blocs debt-laden laggards.

Financial information company Markit, which publishes a closely watched monthly survey of economic conditions across the region, even suggested that the economic recovery is running at a near three-year high.

It is now forecasting quarterly economic growth of 0.5 percent, which equates to an annualized increase of a little more than 2 percent.

In the fourth quarter of 2013, the eurozone grew by a quarterly 0.3 percent.

The forecast improvement will help ease worries that the recovery from recession isnt gaining traction.

The eurozone emerged from its longest-ever recession last spring.

A more detailed look at the survey shows Germany, Europes largest economy, continues to spearhead the growth and that the recovery is spreading to France and beyond to those economies, such as Greece and Spain, which have been weighed down by government-imposed austerity programs for years.

The rest of the region also enjoyed its best quarter for three years, providing further evidence that the periphery is staging a robust-looking recovery, said Chris Williamson, chief economist at Markit.

As well as helping to cap the rise in unemployment, economic growth is important for a region that is still operating at way below the level it would have been were it not for the global financial crisis and the ensuing debt crisis.

The lost output has kept a lid on price increases by reining in the power of businesses to raise prices or workers to demand higher wages.

As a result, inflation levels have dropped sharply and in some...