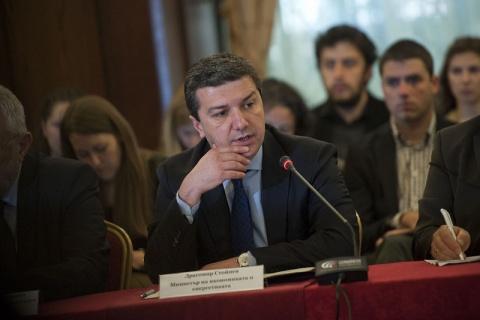 Following a number of technical delays, the Bulgaria-Romania gas grid interconnection will start functioning in June, according to Economy and Energy Minister Dragomir Stoynev.

Speaking Wednesday at a conference on natural gas, Stoynev claimed that the delay had been caused by a collapse of the ground below the Danube River, adding that the problem had been dealt with.

He explained that Bulgaria would not be able to receive gas supplies through this pipe because Romania had not yet managed to build a compressor station.

Stoynev, as cited by dnes.bg, underscored the importance of gas grid interconnections for gas supply diversification, adding that Bulgaria was still unprepared for a recurrence of the 2009 gas crisis.

Bulgaria's Energy Minister informed that there was a lag on the part of Greece in the implementation of the gas grid interconnection scheduled to connect Bulgaria to the gas hub in Baumgarten in Austria.

Stoynev informed that a memorandum for cooperation had been signed recently for the construction of the Bulgaria-Turkey gas grid interconnection, adding that Turkey had given political permission for its completion following a delay of six years.

Stoynev did not disclose details about the parameters of this gas grid interconnection project but explained that the memorandum envisaged the opportunity for groups of technical experts of the two countries to work on the project so that it could be completed by 2016.

He went on to say that Bulgaria was to receive Shah Deniz 2 gas supplies...