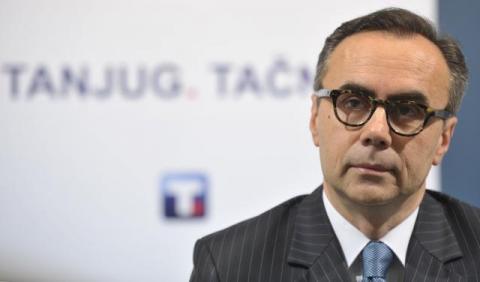 BELGRADE -- Croatia "will not use bilateral issues to impose conditions" on Serbia during the country’s negotiations on EU membership, Gordan Markotić has said.

Croatia's ambassador to Serbia explained that these issues "include border demarcation on the Danube and mutual genocide charges."

“We will not use bilateral issues as something to condition future members negotiating with the EU. In 2011, Croatia adopted a declaration on the promotion of the EU in southeastern Europe. It clearly states that we support EU enlargement in the region and that we will offer support to all states applying for membership,” Markotić told the Tanjug news agency.

Zagreb does not want to behave toward other candidates in the manner of Slovenia, which had blocked Croatia’s negotiations with the EU because of the Piran Bay border dispute.

“We have a joint commission to address the question of the border on the Danube. I am confident that the experts on the committee will surely find a joint solution,” said the Croatian ambassador.

There are two proposals based on which compromise is possible, and if this does not work, the issue will eventually be resolved through an international arbitration, he said, adding that he believes the latter scenario will not take place.

The commission is made up of international legal experts and for now, the two countries’ starting points differ, as Croatia has wanted the demarcation to be determined by cadastral boundaries and Serbia for it to be drawn down the middle of the Danube.

When it comes to the mutual charges of genocide in a case before the International Court of Justice in The...