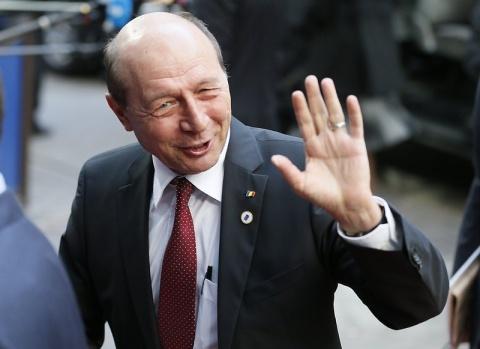 In a letter, Basescu wrote that introducing the excise would "put an exaggerated and pointless pressure on the economic environment and on the consumers," as Romania's AGERPRES quoted him as saying.

The requirement of a EUR 0.07 hike was important in talks with the International Monetary Fund, which set it as a condition for granting a USD 4 B loan to Romania.

IMF has repeatedly stated that the country needs to carry out significant reforms, including moves to raise its revenues.

Ponta's government has also warned the measure should not be reversed.

Interior Minister Ioana Petrescu earlier explained that without incomes from a raised excise, current budgetary payments could not be made, pensions and public sector salaries included.

According to Romania's head of state, however, a RON 0.42 (EUR 0.07) rise per liter of fuel would lead to inflation and would make consumption dwindle, resulting in a loss of competitiveness at regional level and affecting turnover.

Basescu also believes that the agricultural sector, which has been growing and pushing up Romania's economy over the last year, would suffer from an excise hike.

He also considers the rise "unnecessary", as the approved 2014 budget includes reserves that can be used.

Romanian President's support of the increase was deemed vital to the forging Victor Ponta's new government earlier in March.

In 2013, Basescu refused to sign an agreement with the IMF, citing precisely change of excise as a reason.