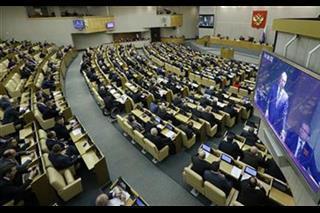 MOSCOW - The Federation Council of Russia, upper house of the Russian parliament, ratified on Wednesday the agreements on military cemeteries with Serbia and Slovenia, creating the legal foundation for the maintenance of Russian military cemeteries, monuments and memorials in the territory of these two countries.

The agreement, previously ratified by the lower house of parliament, the State Duma, stipulates that the parties shall undertake to honor their mutual commitments in each individual case and to cede free land allotments to each other for unlimited use to create new military cemeteries or renovate the old ones.

In the Wednesday's sitting of the Federation Council, Chairman of the Foreign Affairs Committee Mikhail Margelov announced the formation of a Russian-Serbian and a Russian-Slovenian commission aimed to coordinate the realization of the agreement, the Voice of Russia reports.

The ratification of these documents is in the interests of Russia and will have a positive effect on the Russian-Serbian and the Russian-Slovenian cooperation in this area, Margelov stressed.