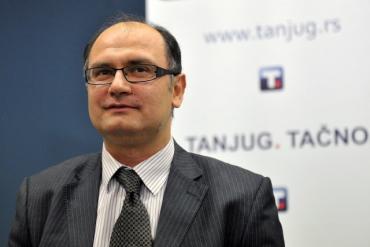 Rabrenović, who teaches at the Faculty of Business Studies and specializes in public companies, noted that such policy at this moment "has great support of the Serbian citizens."

For that reason he believes that "the wave of enthusiasm should be used to complete development of an institutional framework to increase the capacity of public enterprises and eliminate systemic risks for their poor performance. "

"Looking back, these companies had been disintvested, are using obsolete technologies and usually have a surplus of employees," noted Rabrenović, and added that

"If a future government is forced to fire people from these companies it would have to at the same time creates the conditions for finding alternative employment."

But subsidies set aside by the state for the loss-making companies it owns "remain the most painful question," he said, and added that "such companies must be reorganized as soon as possible."

This economist advised a special council to be established with the government, and be tasked with analysis and reform of the public sector as a whole and its key segments.

"Reforms are a long process and cannot be carried out during the tenure of a single government. Four years is too little. This requires political support in the long term," said Rabrenović and cited the British example, describing that country as "the leader in the field of modernization of the public sector. "

"The famous reforms of Margaret Thatcher,"...