Ukraine apologises to Serbia over "technical error" in video 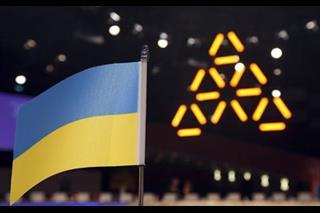 BELGRADE - The Ukrainian embassy in Serbia has issued an apology over a "technical error" in a promotional video in which Serbia is omitted from the map of Europe, stressing that this in no way reflects neither the personal views of Prime Minister Arseniy Yatsenyuk nor Ukraine's official position, the Serbian Foreign Ministry said in a statement.

Serbian Foreign Minister Ivan Mrkic has summoned the Ukrainian charge d'affaires to present Serbia's opinion on Yatsenyuk's controversial video on Ukraine and the EU, in which Serbia is completely omitted from the map of Europe. That, Mrkic said, is an insult to Serbia.

The Ukrainian embassy on Monday "sent a note to the Foreign Ministry to apologise for the technical error in the video, declaring that this in no way reflects neither Arseniy Yatsenyuk's personal views nor Ukraine's official position regarding the countries of the Balkan region," the statement from the Foreign Ministry said.

The video, in which Yatsenyuk explains why Ukraine should become part of the EU, features a map of Europe showing all former Yugoslav states as Croatia.

Vucic to meet with EP mediators on Friday

Serbia gets its first distribution centre for organic products