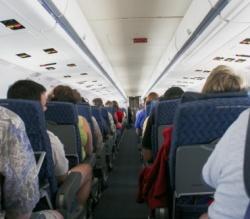 In February 2014, the number of the trips of Bulgarian residents abroad was 249.5 thousand or by 1.4% above the registered in February 2013.

In comparison with the same month of the previous year an increase was observed in the total number of the trips of Bulgarians to France-by72.7%, Spain-by 62.1%, the United Kingdom-by 23.0%, Italy-by 17.2%, Germany-by10.6%, according to data of the National Statistical Institute.

In February 2014, the number of arrivals of visitors from abroad to Bulgaria was 320.4 thousand, as compared to February 2013 they remain approximately at the same level.

An increase was registered in the visits with professional purpose - by 6.7%, while the visits with holiday and recreation purpose and other purposes decreased by 1.2% and 0.6% respectively.