The Karadjordjevices at war over money and White Court 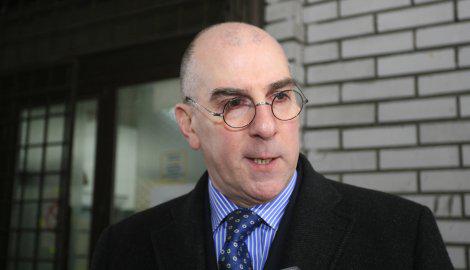 The Karadjordjevices at war over money and White Court


Money and courts caused again a conflict within the Karadjordjevic family since Prince Vladimir has accused again the Crowned Prince Aleksandar II for usurpation of the court complex at Dedinje.

He claims that other members of the family are not allowed to have any insight into assets being given from the republican budget and other sources for maintenance of the court.


From 2001 until today almost 11.5 million Euros have been paid to the office of the Crowned Prince, almost 8 millions from the republican budget. However, according to findings by the State Auditor that money was not used for the purposes it was meant for.


Prince Vladimir is accusing the Crowned Prince Aleksandar that he has been for 13 years ignoring other members of the Karadjordjevic family and that he is not allowing them use the court complex together with him and on equal terms.

However, as Prince Vladimir says, he is giving that right to members of his wife’s family, Princess Katarina Batis.


- Since 2001 I have tried at least seven times to talk with my relative in order to settle these very important issues face to face. His replies were always general and he was not ready to act in line with the right that allows all successors of the King Aleksandar I to equally use the court complex at Dedinje – Vladimir Karadjordjevic says for the Blic.


Dragomir Acovic, a member of the Crown Council says that ‘the Prince Vladimir has the right to his opinion as a mature individual’


‘The reply should be given by someone of the...