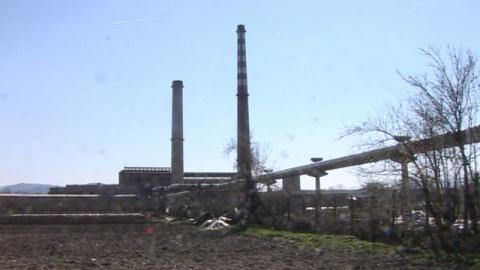 All 316 employees of the thermal power station in Bulgaria's city of Varna are going out on strike.

They are demanding an end to the uncertainty surrounding the plant in Bulgaria's Black Sea city, which faces a potential shutdown and is currently now producing electricity, Bulgarian TV channel bTV has reported.

Varna's Thermal Power Station has been off for 10 days, and trade-union representatives suggest it could be long before it re-opens.

Hristo Hristov, head of the trade-union organization of power utility employees at the Confederation of Independent Trade Unions of Bulgaria (KNSB), has described the standoff as a result of the ongoing dispute between the state and power distributors, which makes the government turn a blind eye on problems at Varna TPS.

Preparation for the strike has already begun, with Varna TPS employees expected to flock to the streets "within days".

According to the organization's chair, BGN 68 M worth investment is pending, but owners of the plant insist it should be protected by "state guarantees".

The new project will be aimed at upgrading the plant's blocs, a process seen as crucial to keep them in line with EU legislation.

Hristov has suggested that the facility is facing a permanent closedown if investments are not made by the end of the year, as it will be at odds with the European environmental framework.

Varna TPS is the second-largest thermal power station both in Bulgaria and on the Balkan Peninsula. It is key to the maintenance of North-Eastern Bulgaria's energy grid and is the only facility than can provide electicity in case of a system breakout.