Alpha sells bulk of new shares to US and UK buyers 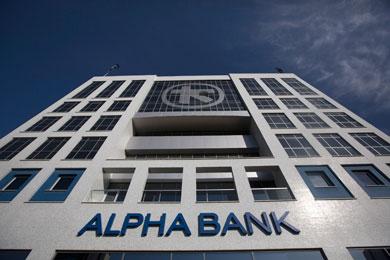 US and British investors bought the bulk of Alpha Banks 1.2-billion-euro new share issue, it said on Friday, providing further evidence that foreign investors are warming to Greece.

Alpha, Greeces fourth-largest lender, issued new shares to buy back 940 million euros of preferred shares from the government and cover a 262-million-euro capital shortfall revealed in a stress test by the central bank earlier this month.

The 1.2 billion euros that was raised is an important vote of confidence, the banks Chief Financial Officer Vassilis Psaltis told shareholders on Friday, adding that 42 percent was placed with British investors and 45 percent with US funds.

Piraeus will offer 10 percent of the share issue to local investors next week at 1.70 euros a share.

The capital raised by private investors further strengthens the capital adequacy of the banks, significantly contributing to the stability of the financial system, and highlights the dynamic return to international capital markets, the funds CEO Anastasia Sakellariou said.

Poland and Hungary ‘are being attacked,’ Polish ambassador tells Kathimerini