EU Court Rules That ISPs May Have To Block Pirate Sites 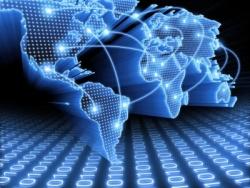 European Court of Justice (ECJ) has ruled that EU countries can ask internet providers to block pirate sites with a court order.

On Thursday the court's judges in Luxembourg ruled that Internet providers would be obliged to block illegal content online if the laws of one European member state dictate it.

The case came to the court because an Austrian cable network operator had taken legal action against film industry proposals to block sites used for downloading.

Legal experts expressed their concerns that the court interpretations were too vague and the verdict might lead to infringement on freedom of expression and access to information.

The ECJ means that EU courts can order blocking access to sites, if they use content without the permission of the author. This could happen after an investigation of the “national organs and jurisdictions”.

The court does not rule how the blocking must happen, but rather can be decided by local courts. The ISP is expected to take “all reasonable measures”. According to legal experts, the definition and limitations of such measures are too vague.
Advocates of copyright, however, welcomed the decision and said it was “historical”.

“IFPI welcomes today’s ruling by the European Court of Justice that website blocking is consistent with fundamental rights under EU law, and additionally confirming that copyright is itself a fundamental right requiring protection,” the International Federation of the Phonographic Industry said in a statement.

“The decision by the ECJ today confirming that website blocking does not infringe fundamental rights in the EU is an important clarification that will strengthen the ability of the music and other...