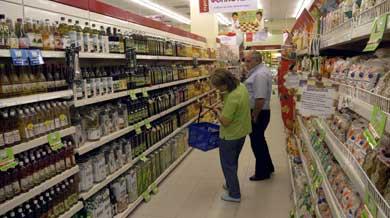 The lift will encourage those in the European Central Bank who have been grappling with sluggish price rises, despite setting the cost of borrowing at close to zero. The ECB meets on April 3 to set its borrowing rate.

The European Commission data on Friday showed that morale across the 18-nation bloc increased to 102.4 from February's level of 101.2, exceeding market expectations of 101.4.

The data means that consumer confidence has improved sharply this year to swing above its long term-average for the first time since July 2011.

The European Commission said that increases in services and retail trade confidence were comparatively modest and industry and construction sentiment remained broadly unchanged compared to February.

"Consumers' views on the future general economic situation and the level of future unemployment, as well as their savings expectations improved sharply," it added.

The bloc's unemployment, however, remains close to record highs at 12 percent. Job creation in the final three months of last year, however, rose for the first time in nearly three years.

While employment plans were revised upwards in retail...

Sakellaropoulou calls for zero-tolerance policy on violence against women

Easing of lockdown will depend on coronavirus data