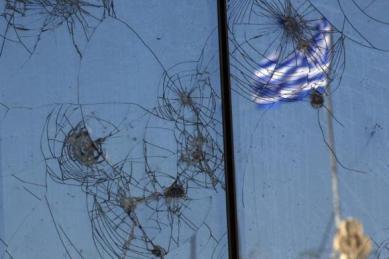 The eurozone is not making any preparations for a third bailout for Greece and will consider it only if expressly asked by Athens, which has not happened so far, a senior eurozone official said on Thursday.

Instead, the euro zone is now focusing on the timing and size of disbursements of badly delayed tranches of loans that have already been promised under the first two rescue packages, the official, directly involved in the Greek bailouts said.

The second eurozone bailout programme for Greece expires at the end of this year. Yet with an inverted yield curve and a 10-year borrowing cost still at around 6.8 percent, Athens can hardly hope to sustainably finance itself on the market.

In February, German media reported that Berlin was preparing for the possibility that the euro zone would have to support Greece with an extra 10 billion to 20 billion euros.

But asked if any plans were being made to help Greece finance itself in 2015 and 2016, the official said:

"Within our circles there has been absolutely no discussion of that, programme for now is up until end-2014."

The International Monetary Fund, which also lends to Greece, has a financing programme running until the first quarter of 2016. The catch is that the IMF will not disburse its money unless Greek financing needs are fully covered during that period, either by the eurozone or markets.

"The Fund (IMF) will require assurance by its European partners that if so...