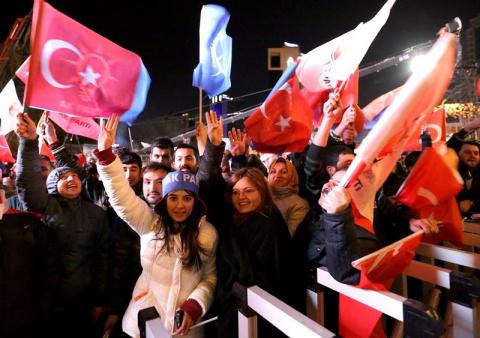 The decision comes after the capital remained in hands of the ruling Party of Justice and Development (AKP), amid predictions the opposition could score a victory.

The AKP gained 44.8% of the results, compared to the CHP's 43.9%, The Journal of Turkish Weekly has reported. During the counting of ballots, the vote was described as a close call.

Demonstrations were staged on Monday and on Tuesday morning and afternoon in front of the Supreme Election Board, as participants suspected voting manipulations.

Opposition candidate Mansur Yavas, to whom media outlets not supporting the AKP ascribed the victory at that time, later wrote on Twitter he was preparing the application for an appeal, "comparing the minutes from the ballot boxes and data from the Supreme Electoral Council".

The Daily Sabah has reported mass resignations among opposition members in some districts of Turkey prompted by the defeat suffered at Sunday's vote.

In the western province of Kutahya, CHP district chairman Kasim Oner, who announced he was quitting alongside with his 14-member staff, said that he no longer felt it as his right to remain in duty after bad results at the poll.

Kutahya pointed out that he hoped the move would "set a precedent for all CHP administration and general headquarters that failed to succeed".

The CHP also lost in traditional bastions of support such as Antalya, a coastal city to the south of Turkey.

In other southern strongholds, such as Osmanye, Hurriyet...