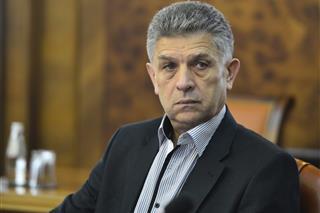 "Each success you achieve at elections is a success for the Bosniaks as well, because we are and will remain a bridge for cooperation between Serbia and Turkey," Ugljanin noted.

He believes Erdogan will use the victory to continue Turkey's economic development and propserity.

According to a statement from Ugljanin's office, he also thinks Erdogan will support economic cooperation with Serbia, especially through the joint committee that Ugljanin chairs.

Erdogan's party has shown once again that it is the true representative of Turkey and its people in the world, said Ugljanin, who leads the Party of Democratic Action, which is a Bosniak party in Serbia.

Erdogan's party won the local elections, which were seen as a kind of a referendum on his rule, thereby paving the way for his potential bid to become the Turkish president.

The preliminary results of the elections indicate that Erdogan's party won 44-46 percent of the votes, while the main opposition party, the Republican People's Party, took 30 percent.