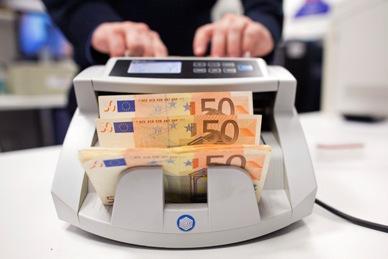 Euro-area banks face tougher scrutiny of how they measure the risk of losses on their assets, the European Unions financial-services chief said.

Michel Barnier said that once the European Central Bank takes on oversight of euro-area lenders in November, its tasks will include tackling potential inconsistencies in the so-called risk-weight models banks use to measure the capital they need to withstand crises.

The single supervisor will need to work on the great diversity of approaches in terms of bank risk-weight models that exist at the moment, Barnier said in an interview on Tuesday in Athens, Greece. Not everyone can ever be at the same level of risk across the EU, but we can at least try to harmonize the thermometer.

Banks face mounting oversight over how they measure their risks, amid concern that their ability to adapt internal models could undermine moves to boost capital requirements after the crisis that toppled Lehman Brothers Holdings Inc. and left banks from the U.S. to Ireland close to collapse.

Bankers including Jamie Dimon, chief executive officer of JPMorgan Chase & Co., have said that flexible implementation of previous rounds of Basel rules has allowed European lenders to hold less capital against some assets compared with their U.S. counterparts.

Stefan Ingves, chairman of the international Basel Committee on Banking Supervision, said last month that the group is weighing a range of options to rein in bank practices when using internal models.

Regulators need to examine whether there is a case for the greater use of floors to limit how low assessments of perceived risk can fall, Ingves said.

Under global agreements, bigger lenders can use internal models to calculate their...