Mihailo Vukobratovic for Blic: It is politicians' obligation to support culture 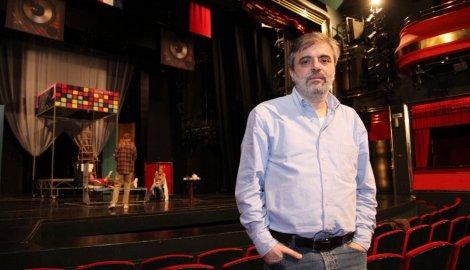 Mihailo Vukobratovic for Blic: It is politicians' obligation to support culture


I appeal on politicians now having absolute power in Serbia to support culture and artistic creation, director at the Theatre on Terazije now working on the 'Victor/Victoria' play says.

- It is politicians' obligation towards people to support culture. Theatres in Belgrade are setting standards by their performances and it would be huge damage if politicians would humiliate even more the artists setting those standards. Let them finally define priorities becasuse even that little money allocated for culture may be spent on relevant programs and institutions creating supreme art. The uncertainty over financing Belgrade theatres that has been present for several years, has influence on creative potentials of artists – Vukobratovic says for the Blic.

You have recently started preparations on musical 'Victor/Victoria' at the Theatre on Terazije. Having the present circumstances in mind, how did you decide to work on so expensive theatre production?

- At dificult times for theatre it is necessary to maintain that randezvouz with our audience. It is absolute madness to go into preparations of a performance that requires 70 artists, but we have been used for years to enthusiasm as our chief motif. It is important that the audience enjoys the premiere scheduled for May 17.

The famous musical 'Victor/Victoria' by Blake Edwards is being remembered by our audience as a film version of the same writer in which Julie Andrews and James Garnett were in the leading roles.
An opera...