Arkan’s Godfather victim of the Montenegrins 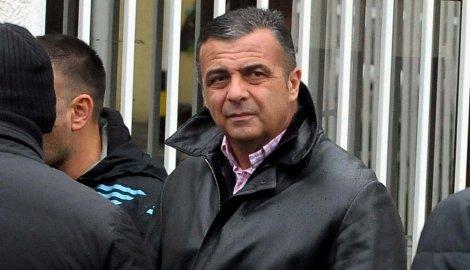 Rade Rakonjac killed, Stojan Novakovic and Goran Ristanovic wounded in the center of Belgrade Arkan’s Godfather victim of the Montenegrins

Rade Rakonjac, a friend of Zeljko Raznatovic Arkan and Luka Bojovic has been killed with five shots.

In a shooting in the garden of the Mariki Café, Stojan Novakovic and Goran Ristanovic, also Arkan’s friends were wounded. The three of them came to the café at 11.35, set at a table in the garden and ordered coffee. Five minutes later a man in camouflage uniform appeared and opened fire from a machine gun.


- Rakonjac was the target. He was shot in the neck and chests with five bullets. Novakovic and Ristanovic were shot in the legs. The man in a camouflage uniform then turned away, went into the street and set into an ‘Alfa Romeo’ car in which a driver was waiting form him – the Belgrade police announced.


At the moment when the police received the call about shooting and sending emergency vehicle to the Zvecanksa Street, information was received: an ‘Alfa Romeo’ car was set on fire at the Radovan Simic Street. As it turned out it was a car in which the murderer had run away. The automatic gun was also destroyed in the fire. It is believed that a ‘transport team’ has waited for the murderer and the driver there.
During that time the wounded individuals have been transported to the Military Medical Academy. Rakonjac died immediately after he was admitted to the hospital. The other two have been hospitalized. The Belgrade police have launched the ‘Wind’ action.


Video footages of the café’s safety cameras might help in identifying the murderer. The police are checking them as well as...