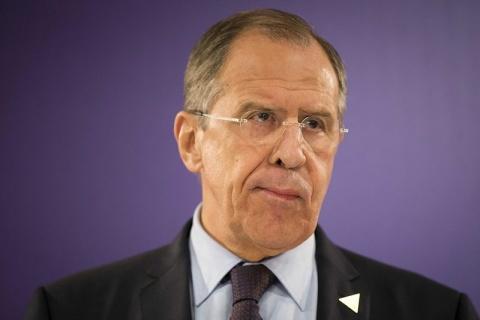 Russian Foreign Minister Sergei Lavrov has insisted that Russia has the right to dispatch troops anywhere on its own territory. Photo by EPA/BGNES

Russia has sent a list of questions to NATO's headquarters regarding the alliance's actions in Eastern Europe.

The country's Foreign Minister Sergei Lavrov told journalists that Moscow would expect "answers based on rules upon which we have agreed", as he was quoted by German weekly Der Spiegel.

Lavrov also commented on remarks recently made over the buildup of Russian troops near Ukraine's borders by saying that Russia "has the right to dispatch its forces anywhere on its own territory" and that "they [the troops] will return to their bases" after military drills are finished.

Rhetoric going beyond reasonable borders "has to be deescalated," Lavrov made clear, adding he considered current heightening of tensions to be "unnecessary".

NATO members earlier agreed to bolster defense at its eastern flank, namely in Poland, the Baltic states and possibly in the Black Sea region, where three NATO countries (Bulgaria, Romania, and Turkey) have a coastline.

Further proposals for stepping up defense are to be discussed in a fortnight.

The alliance also decided to suspend cooperation with Russia on most issues, leaving the door open for talks "only at ambassadorial levels" following what the West has called a "violation of Ukraine's territory".

The Crimean Peninsula was incorporated into the Russian Federation after a regional referendum in which the population voted in favour of breaking away from Ukraine.