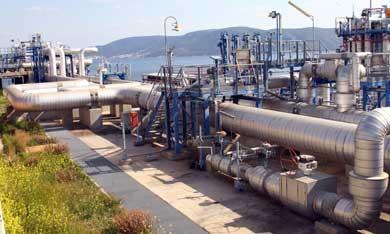 The revised agreement between Athens and its international creditors provides for strict timetables regarding the reforms needed to streamline the local energy market and strengthen competition therein.

It places particular emphasis on the issue of liquidity, calling on the Greek authorities to help make the system financially sustainable by sticking to the following commitments:

* To bring the deficit of companies that exploit renewable energy sources (RES) industries down to zero by the end of this year, from 1.3 billion euros today, and adjust the rates every six months to ensure that the system does revert to a deficit in the next 14 months.

* To ensure the sustainability of the RES industry beyond 2014 via a regulation that should have been submitted in Parliament by March 31  this was a part of the multi-bill passed last Sunday.

* To make sure the public sector does not run up any more debts to the Public Power Corporation and that the directive concerning the repayment of state debts within 30 days is adhered to. Expired state debts to PPC amount to some 165 million euros and the Finance Ministry is already preparing for the repayment of 50 percent of that within this month.

Authorities will have to boost competition in the natural gas market with the following measures:

* They must legislate by June on splitting the activities of local gas companies (EPA) between trading and distribution, so that the three EPA in Athens Thessaloniki and Thessaly will be operating in their new forms as of January 2015. This way, the EPA monopoly in the retail natural gas market resulting from long-term contracts with the state will be abolished.

* The Competition Commission will revise an...