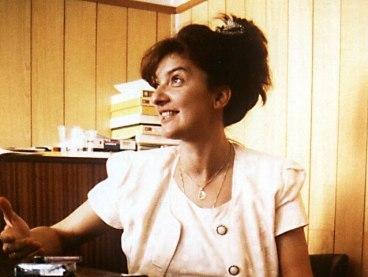 
BELGRADE -- Journalist Dada Vujasinović was murdered 20 years ago. She was found dead in her apartment in Belgrade on April 8, in 1994.

At the time, her death was officially ruled a suicide. The truth about her murder is being searched for for two decades.

Exactly one year ago the Commission for Investigating Murders of Journalists said that in the process of solving the murder, foreign experts in ballistics and forensics had been engaged, and that communications with the Institute for Security in Wiesbaden was being established.

The Commission found evidence in the case which was listed as lost since 1999.

"In the past 20 years since the death of Dada Vujasinović a series of mistakes have been made in the investigation by various experts. In addition, the police misplaced forensic material collected at the scene and during the autopsy. Several prosecutors, lawyers have changed... Since 2008, when the death Dade Vujasinović was, from the conclusion that it was a suicide, defined as murder by the prosecution, there has been a series of legal actions that have brought more controversy than they did to clarify the case," says Veran Matić, the president of the Commission.

"The Commission started out to determine how the evidence from the crime scene and the autopsy was lost. Analyzing the line of accountability, a bag with this material was found in the closet of an inspector who worked on the case and who has since died. The Commission entrusted...