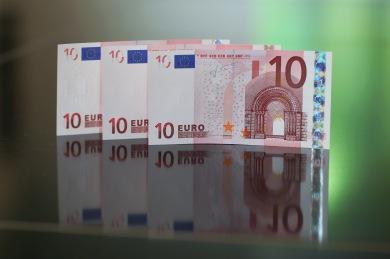 Greece is planning to announce a sale of five-year notes via banks on Wednesday, according to two people familiar with the matter, as the country that sparked Europes sovereign debt crisis returns from a bond-market exile.

Greece plans to raise 2 billion euros ($2.76 billion), said the people, who asked not to be identified because the arrangements are private. The country may increase the size of the sale, depending on demand, one of the people said. Finance Minister Yannis Stournaras told reporters in Athens last week that the country was planning a small issuance of bonds, three- or five-year bonds, in the first semester.

After a mounting debt load saw it shut out of bond markets, the Greek government has been kept afloat with international bailout loans since 2010. The nations bonds have led a rally of securities from Europes most indebted nations this year as investors returned to markets they shunned amid concern the currency bloc would splinter.

Theyre taking advantage of the improved confidence in Europe, said Allan von Mehren, chief analyst at Danske Bank A/S in Copenhagen. Its a good demonstration of how things have improved. Of course not everythings been solved.

Greek securities returned 30 percent this year through Monday, the best performance among sovereign-debt markets tracked by Bloomberg World Bond Indexes. The yield on benchmark Greek 10-year debt was at 6.16 percent at the 5 p.m. London close. It dropped to 6.12 percent yesterday, the lowest since March 2010 and down from as much as 44.21 percent in 2012.

The average yield to maturity on bonds from Greece, Ireland, Italy, Portugal and Spain dropped to a euro-era low of 2.25 percent on April 4, according to Bank of America Merrill...