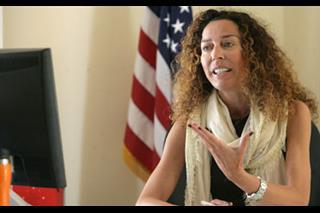 BELGRADE - The American Chamber of Commerce in Serbia (AmCham) will support the future Serbian government in all its positive reform activities, AmCham Executive Director Maja Piscevic told Tanjug on Wednesday.

A research conducted by AmCham in December 2013 has shown that the changes to the labor law are the most urgent, she said.
"Serbia must follow the trends and methods of regulating labor relations not only in the region, but also in the European Union. At the time when the previous law was passed, the world looked differently. The needs of the market have changed in the meantime, as well as the situation related to employment," said Piscevic.

Serbia has a high unemployment rate ranging between 25 and 27 per cent, while more than 50 percent of young people today are unemployed, she said.
"It is a new situation to which we have to respond. Therefore, the primary objective of the new law is to provide employment opportunities for young people. It also aims to solve the problem of people above the age of 50. In fact, it should help all those who want to work,” noted Piscevic.

Asked to comment on the short deadlines for the adoption of crucial laws, Piscevic said that the government's promise that the laws will be adopted by late June means a great deal to investors.
"The first steps should demonstrate to a large extent the results of the government by the end of its term of office. Our members - U.S., foreign and local companies - expect a lot from this government, but I hope that it also expects a lot from itself," AmCham Executive Director said.

The fact that one party won a convincing majority of votes in the recent snap election has raised the expectations of investors, but this also puts a great...