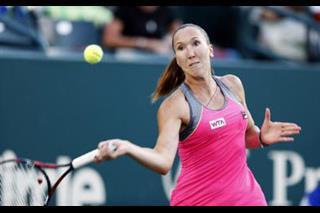 Jankovic, the current world number 9, played world number 215 Shapatava for the first time, winning a routine victory after a break in the seventh game of the first set (4-3), and the fifth (3-2) and the ninth game (6:3) of the second set.

In a bid to reach the semi-finals, Jankovic will face Lara Arruabarrena of Spain, who beat Paula Ormaechea of Argentina 2-0 (6-4) (7-6) late Thursday.

The prize money of the tournament in the Colombian capital is USD 250,000.