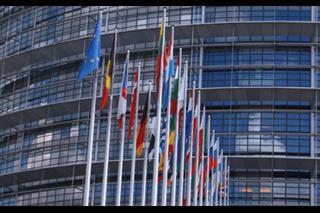 The resolution adopted on Thursday envisages that Russian MPs cannot work in the Council of Europe (CoE) highest bodies such as the PACE Bureau, Committee of Permanent Representatives and the Presidential Committee, head of the Serbian parliament delegation Aleksandra Djurovic told Tanjug.

”We received recommendations to vote in keeping with Serbia's stand - as for the situation in Ukraine, we abstained from voting and concerning the introduction of sanctions for the Russian Federation, the recommendation was for us to vote against them,” Djurovic said.

Not all Serbian MPs voted in keeping with the recommendation because some were guided by the stand of their political groups in CoE, she said.

”My colleague from SNS Katarina Rakic, SPS MP Stefana Miladinovic and myself as the head of the delegation and an MP of SNS voted against sanctions for the Russian Federation MPs, DS MPs Natasa Vuckovic and Vesna Marjanovic and URS MP Vladimir Ilic voted in favour of the sanctions while Svetislava Bulajic of LDP abstained,” Djurovic said.

In the meantime, URS distanced itself from, as they said, the scandalous act of MP Ilic who voted in favour of Russia's expulsion from CoE.