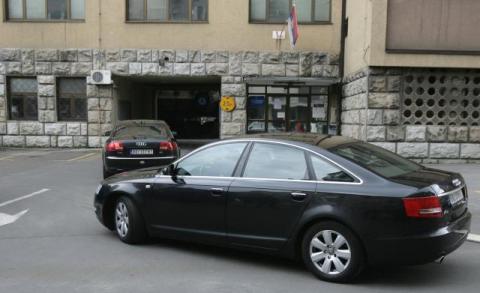 Radulović is brought to the court (Tanjug)


BELGRADE -- The pre-trial chamber of the Belgrade High Court has placed Slobodan Radulović in detention, as proposed by the Prosecution for Organized Crime.

Radulović is the former director of the C Market retail chain, as suggested by the prosecution.

Court's spokesperson Dušica Ristić stated late on Saturday that the chamber has decided the earlier ruling to hold Radulović in detention so as to prevent his escape will remain in effect.

Since the Appellate Court is considering the appeals to the five-year prison sentence pronounced against Radulović, his detention may last by the time he is sent to serve the sentence or until the first-instance sentence has expired.

Earlier on Saturday, Radulović arrived at Belgrade Airport Nikola Tesla after eight years on the run and was taken in for questioning at the Organized Crime Prosecutor's Office of the Belgrade High Court.

Previously, he was examined by doctors at the special prison hospital as he did not feel well, and afterwards he signed a document stating his consent to be interrogated briefly.

He was on the run since the launch of the legal proceedings against the so-called Bankruptcy Mafia in April 2006, and an international arrest warrant was issued against him.

After years of trial, the Special Court passed a verdict in the Bankruptcy Mafia case sentencing Radulović to five years in prison for financial abuses relating to C Market.

The ruling, however, has not been enforced still, and the Appellate Court is expected to decide on the appeals.

Radulović can request a retrial as he was sentenced in absentia.