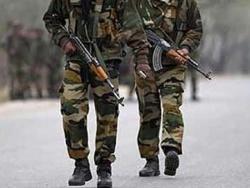 World military expenditure totalled USD 1.75T in 2013, a fall of 1.9% since 2012, according to figures released by Stockholm International Peace Research Institute (SIPRI).

The fall in the global total comes from decreases in Western countries, led by the United States, and despite increases in all other regions. In fact, military spending in the rest of the world excluding the USA increased by 1.8%.

The fall in US spending in 2013, by 7.8%, is the result of the end of the war in Iraq, the beginning of the drawdown from Afghanistan, and the effects of automatic budget cuts passed by the US Congress in 2011. Meanwhile, austerity policies continued to determine trends in Western and Central Europe and in other Western countries.

The largest regional increase was by Iraq – 27%, as it continued the rebuilding of its armed forces.

Military spending data for Iran, Qatar, Syria and the United Arab Emirates are not available for 2013, rendering the estimated regional total highly uncertain. This reflects the general opacity of military spending in the region, and even where data is available it may not cover all military spending, the press release...