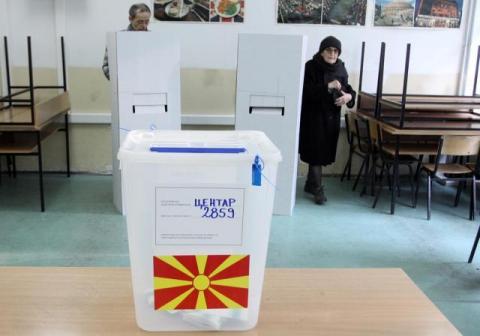 
SKOPJE -- Incumbent President Gjorge Ivanov of the ruling VMRO-DPMNE leads in the Macedonian presidential election, having won 428,000 votes on Sunday.

89 percent of ballots were counted when this figure was announced in Skopje.

Ivanov and Pendarvski will take part in the runoff scheduled for April 27.

Iliaz Halimi, of the Democratic Party of Albanians, and Zoran Popovski of the GROM party, won about 25,000 votes each.

Voter turnout was "over 50 percent" of the 1,779,572 Macedonian citizens with the right to vote, it has been reported. Ethnic Albanians, said the AP, largely boycotted the presidential election.

More than 8,325 domestic and 326 foreign observers monitored the voting on Sunday.

According to the Ministry of the Interior the election process went without incidents or serious violations of procedure.

This is the fifth presidential election since Macedonia's independence in 1991, and the head of state is elected to a five-year term.

The second round of the presidential election on April 27 will coincide with the early parliamentary election in this Balkan country.