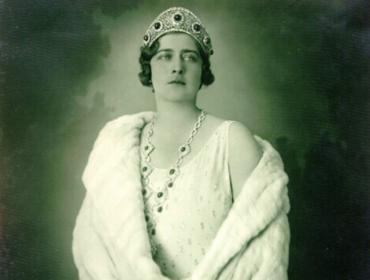 
BELGRADE -- The High Court in Belgrade on Monday announced that it reached a decision to "rehabilitate" Queen Marija Karađorđević of Yugoslavia.

The court also declared null and void a decree from 1947 that stripped her of citizenship and property.

At a hearing in the Palace of Justice in Belgrade, the court ruled that, by a decision of the Presidency of the Presidium of the Federative People's Republic of Yugoslavia, Queen Marija was deprived of her human rights such as the right to vote, the right to property and the right to citizenship due to political and ideological reasons.

The request to rehabilitate Queen Marija Karađorđević was filed in October 2013 by descendants of Princes Tomislav and Andrew Karađorđević - Princesses Lavinia and Katherine and Princes Dimitri and Michael.

The decision will allow the heirs of the royal family to reclaim the seized property pursuant to the law on restitution.

Explaining the request for rehabilitation, attorney Dušanka Subotić Homen said that Queen Marija never interfered in state affairs and that she was only involved in charity work.

She cared for several hundreds of people disabled in World War I and widows and orphans of those killed in the war, not only in Serbia, but Slovenia and Croatia as well.

She opened hospitals, children's clinics and schools and relied on her own funds to send aid to prisoners of war and the needy during WW II.

For that reason, French President Charles de Gaulle awarded her the Legion of Honor in 1959.

"This is a very happy day for us. Queen Marija devoted her life to the people and she will now take the place in history...

Eight carriers get subsidies to fly to Slovenia

Slovenia highlights role of efforts to end violence against women

Trump's last moves; "It is my great honor"