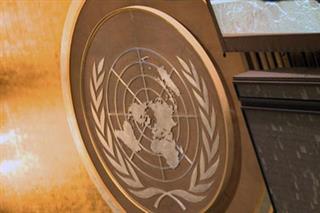 BELGRADE - Members of the Serbian and Spanish contingent within the UN peacekeeping mission in Lebanon received medals for their successful performance of tasks in the mission.

At the ceremony in the command centre of the UN multinational operation in Lebanon at the Miguel de Cervantes base, Serbian peacekeepers received the medal from Head of Mission Major-General Paolo Serra.

Serra, who also holds office as force commander of UN Interim Force in Lebanon, delivered the medals on behalf of the UN secretary general.

By performing complex and responsible tasks in the international military environment, Serbia's peacekeeping team represented the Armed Forces of the Republic of Serbia and the country itself in the best possible light, and they proved a reliable partner to their Spanish colleagues, the Serbian Army posted on its website.

Members of the Defence Ministry and the Armed Forces are participating in the UN peacekeeping missions in Lebanon, Cyprus, Congo, Liberia, Ivory Coast and Near East.

Stano calls on Pristina to allow Petkovic to visit Kosovo-Metohija

Vucic to seek explanation about EU's silence on Kurti statement

Vucic: Meeting with Putin to address all key political issues