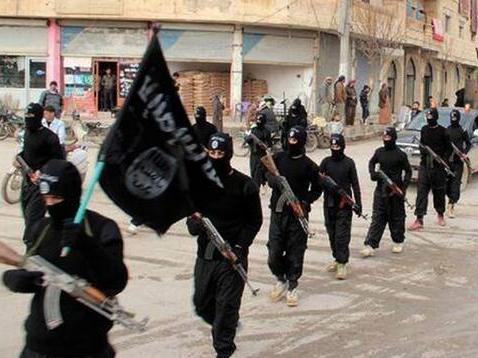 The suspects included the imams of two Tirana mosques, Genci Balla and Bujar Hysi, believed to be ringleaders of the group.

Balla, also known as Aburrahman Balla, had drawn attention with his fiery sermons posted on YouTube, calling on Albanians to join Islamist militants linked with al-Qaeda in Syria.

The arrests come at a time when a growing a number of Muslims from the Balkans are being drawn into the sectarian conflict raging in Syria, Iraq and, increasingly, Lebanon.

On March 21, Turkish security forces arrested three ethnic Albanians, suspected of being behind an attack that left two security officials and a truck driver dead.

Meanwhile, an Albanian from Ferizaj, in Kosovo, was reportedly behind a horrific suicide bombing in Iraq that killed at least 25 people on March 25.

Most Albanians are Muslims, although historically, hard-line Islam has had little traction among Albanians.

However, religious militants have made some progress in recent years and the International Center for the Study of Radicalization, ISRA, a think tank based in King's College, London, believes some 300 Albanian fighters, from Kosovo, Macedonia and Albania, have joined Jabhat al-Nusra or ISIS.

Jabhat al-Nusra, also known as the al-Nusra front, is a branch of al-Qaeda fighting in Syria. ISIS - the Islamic State of Iraq and al-Sham - was founded in the early years of...