EU struggles to unpick the knot of Russia-Ukraine gas logistics 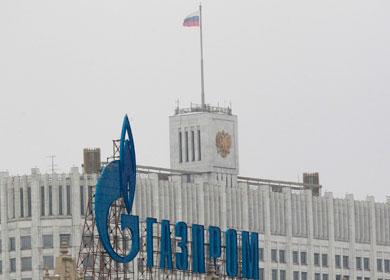 Unprecedented talks across the European Union on Tuesday showed it scrambling for solutions on the ground to break its dependence on Russian gas and help supply Ukraine.

The EU faces a daunting task in quickly overcoming a mountain of logistical challenges, avoiding breaking binding contracts and making sure Ukraine does pay up for gas.

Russia supplies 30 percent of Europe's gas needs. It has threatened to cut off supplies to Ukraine because of debts reviving fears of a repeat of supply crises across Europe of 2007 and 2009.

Offering some relief for Ukraine, Germany's RWE began deliveries of natural gas on Tuesday, marking an initial step in EU efforts to boost supplies to Kiev.

Sending gas to Ukraine from the EU is a powerful weapon. The Russian state gas export monopoly Gazprom has long protested against the scheme, saying it feared its gas destined for Germany would be re-exported to Ukraine in breach of contracts.

RWE said it is a mixture of gas supplies from many sources, and Ukraine could get as much as 10 billion cubic metres (bcm) of gas per year under a framework 2012 agreement.

That would be a big boost to Kiev - allowing it to cut Russian gas imports by a third - especially after Moscow nearly doubled the gas price it charges Ukraine, tearing up a discount agreed with the previous pro-Moscow president.

The problem would be to deliver the gas to Ukraine, which has annual gas consumption of 55 bcm.

Polish pipeline operator Gaz-System said it could deliver 1.5 bcm annually, Hungary can probably send another 3.5 bcm to Ukraine, while Romania has the potential to send 1.8 bcm, but there has been no firm agreement on its deliveries.