Greece to assist search for remains of Turkish pilot 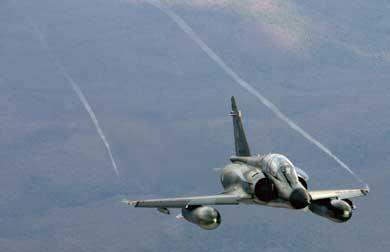 Greece is prepared to provide assistance in the search for the remains of a Turkish pilot who reportedly died after a Turkish F-16 fighter jet crashed near the Aegean island of Chios in 1996, Turkish media reported on Wednesday.

According to Hurriyet Daily News, Turkish authorities have notified the Greek Foreign Ministry of searches in international waters off the island for the remains of one of the jet's two pilots, Nail Erdogan.

According to the newspaper, Greek Foreign Ministry spokesman Konstantinos Koutras said Greece was ready to contribute to the efforts if necessary.

The incident occurred after the Turkish jet fighter was intercepted by a pair of Greek Mirage 2000's over the Aegean Sea. A second pilot, Osman Cicekli, survived the crash, but sustained serious injuries.