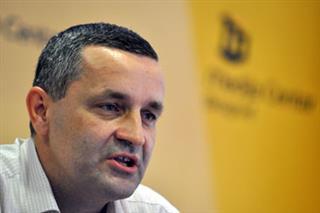 BELGRADE - President of the Coalition of Refugee Associations Miodrag Linta asked the Serbian Ministry of Culture on Thursday to deny Croatia's proposal to return Serbian Orthodox Church property and cultural artifacts of the Serb refugees to Croatia, to a place designated by the Croatian Ministry of Culture.

A statement from the coalition says Croatian members of the European Parliament insist on returning the artworks and cultural artifacts, which were taken out of Croatia during the 1991-1995 war to protect them from looting and destruction.
The European Parliament adopted on Wednesday a draft directive on the return of cultural treasures illegally taken out of EU member states.

Croatian MEPs Tonino Picula and Dubravka Suica requested at the EP plenary session that the return of cultural treasures be made part of Serbia's EU entry talks and that the EP directive be expanded to include cultural artifacts taken before 1993.

The coalition says Croatia's Ambassador to Serbia Gordan Markotic said in late March Croatia would not use bilateral issues to influence Serbia's accession talks with the EU.

'If Markotic's statement is Croatia's official view, we expect the Croatian Foreign Ministry to denounce the request by the Croatian members of the European Parliament," the coalition said.

The coalition supports the Church's view that church artifacts can only be returned to the churches they belong to and only when requested by the bishops in charge of the Serbian Orthodox Church dioceses in Croatia.

"The bishops know the situation on the ground the best and are able to store the items," the statement says.

The coalitin asked the Serbian Ministry of Culture to discuss the restoration of...