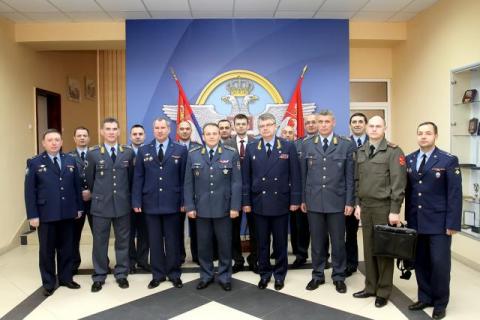 BELGRADE -- A delegation of the Air Defense Administration of the Russian Air Force Main Command is visiting Belgrade.

They met with colleagues from the Serbian Air Force to discuss possibilities for improving bilateral cooperation, the Serbian Army has announced.

The meeting discussed the results achieved so far and improvement of military cooperation in the areas of air force and anti-aircraft defence, a statement said.

The Russian delegation is paying a several-day visit to the Serbian Armed Forces Air Force and Anti-Aircraft Defense.

The five-member delegation will also visit the 250th Anti-Aircraft Brigade and its 2nd Rocket Division in Jakovo and discuss experiences in air defense training.