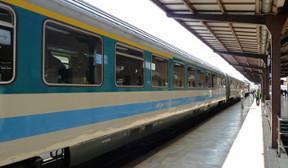 
Urged by the European Commission, Croatia will implement economic reforms to create conditions for recovery and growth.

Croatia will implement wide-ranging economic reforms to improve the economy, which has declined since 2008. The package, sparked by pressure from the European Commission (EC), will focus on reforming the labour market, improving public finances and restoring competitiveness.

"We are strongly committed to structural reforms, without which it will be difficult to create healthy conditions for economic recovery and growth," Dubravka Belas, a government spokesperson, told SETimes.

Details of the reforms will be revealed by the end of this month, Belas said.

However, pressure from Brussels should prove to be a bonus in the medium term, analysts said. "We expect EU membership to further strengthen Croatia's institutional framework in ways that benefit its credit profile,'' Atsi Sheth, vice president at the ratings agency Moody's, told SETimes.

Upon its entry to the Union in 2013, Croatia gained access to the huge EU internal market. At the same time, access to neighbouring countries' markets such as Bosnia and Herzegovina became more difficult as Croatia was obliged to leave the Central European Free Trade Agreement.

"This impedes the role exports could play in Croatia's economic recovery,'' Sheth said.

Although the EC survey offered a grim reading, officials in Brussels said there is...