Another US Warship Passed Dardanelles Strait 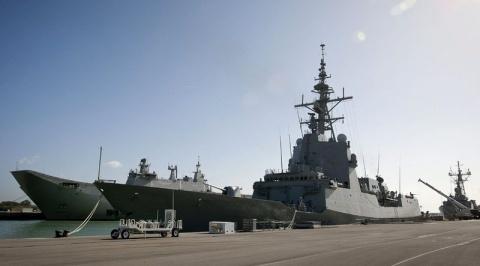 A US warship heading towards the Black Sea passed through the Dardanelles Strait on Tuesday.

USS Taylor was already deployed in the sea back in February, during the Sochi Olympics.

It then drew criticism from Russia's Foreign Minister Sergei Lavrov, after running aground and spending 33 days in Black Sea waters in order to be repaired in Samsun, Turkey.

Lavrov in response accused Turkey of violating the Montreux Convention, with sets a 21-day limit for ships of non-Black Sea countries.

As of Tuesday's passage of USS Taylor through the Dardanelles, no further details of its route were provided by Hurriyet Daily News, which was the first to report the event.

The US has so far sent a few ships in the region to show support for Ukraine in its standoff with Russia.

In March it deployed the destroyer, which was later joined by USS Truxtun.

NATO has recently adopted measures to bolster the defense of its eastern flank as a reaction to a possible threat posed by the situation in Ukraine.