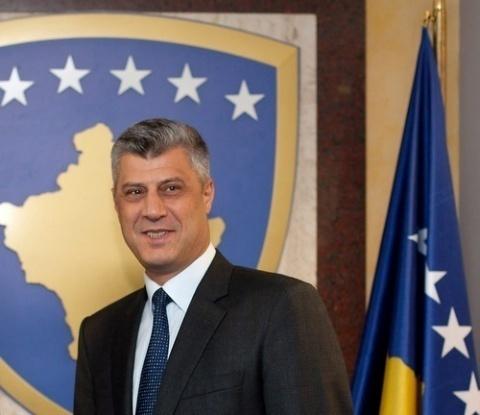 Kosovo's Prime Minister Hashim Thaci has spoken against the establishment of a new war crimes court. Photo by EPA/BGNES

The Parliament in Pristina approved Wednesday a law to extend EU's rule-of-law mission to Kosovo, EULEX, until June 2016.

A special court will also be set up to investigate alleged war crimes by the former Kosovo Liberation Army (KLA), according to BalkanInsight.

EULEX will however not be in charge of war crime probes, were previously conducted by its Special Investigative Task Force (STIF), an institution formed in 2011 along with the mission for that purpose.

Kosovo's new court is to be established after significant pressure was applied by the international community to trigger the decision.

Prime Minister Hashim Thaci described it as "the biggest injustice and insult which could be done to Kosoco and its people".

He insisted that the KLA abode by the International norms of war during its conflict with Serbia in the 1990s.

Wednesday's proposals were passed by a vast majority, 89 to 22.

Details still remain to be worked on regarding the court, as no timetable was adopted for the institution to be set up.

Microsoft is Replacing its Employees With AI Software

Summer in Greece: No Team Sports on the Beach, Packaged Food from Restaurants