EBRD Director for Bulgaria Learned of Dismissal "from Media" 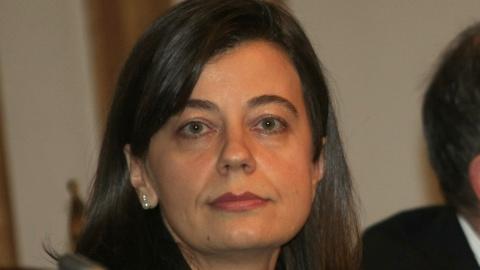 Stafka Slavova, former Alternate Director of the EBRD, Poland, and Albania, learned about her dismissal from media reports.

In an interview for Dnevnik.bg, she said the decision had been taken with no debate and arguments, and was not even part of a meeting at the Council of Ministers.

The official document (dated April 17), which states the replacement of Slavova by Kalin Mitrev in the European Bank of Recostruction and Development (EBRD)'s Board of Directors and a copy of which was published on Dnevnik's website, does not cite any motives for the move.

Slavova believes she was so hastily replaced because the Prime Minister Plamen Oresharski ahd been "put under pressure" and reminded that the Council of Ministers had decided to appoint her two months before the term of her predecessor had expired.

Slavova assumed office as alternate Director on February 1, 2010, and was currently in her second three-year term.

While she was in the EBRD, EUR 1.1. B worth investment projects into Bulgaria led by the organization were carried out.

The Ministry of Finance commented on Slavova's dismissal by saying that "narrow deadlines for nominating candidates and their coordination with other states represented by the Director were what determined" the way of decision-making in that case. Officials denied there had been any remarks regarding the way Slavova was doing her job.

On May 1, it is the Bulgarian Alternate Director who is due to assume the rotating presidency of the EBRD' joint Bulgarian-Polish-Albanian department.

Kalin Mitrev has held the position twice before being replaced by Slavova after GERB party, presently in opposition, took office in 2009.