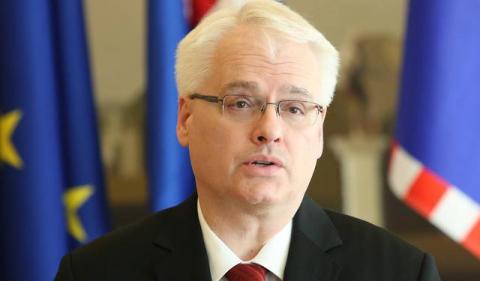 He said that Croatia "wants to be a country where everyone will have the opportunity to affirm their culture and tradition and that Croatia is ready to lend a hand to all people of goodwill, including friends from the Republic of Serbia."

The Croatian president said that the Serb Cultural Center has great importance for all representatives of the Serb minority in Pula and the rest of Istria, and its setting up is proof that Istria is a multicultural center and Croatia a country that wants all its citizens, regardless of their religious or national affiliation, to enjoy its rights and freedoms.

The Serb Cultural Center, which was opened with a celebration late on Thursday, is housed in a building in the city center, in the immediate vicinity of the Serb National Council, and the Croatian president voiced confidence that it will be a place of good vibrations, life in unity, peace and cooperation.

Jasmina Mitrović-Marić, envoy of the Serbian president, said that this center should become a gathering place whose doors are open to all citizens of Istria County and to tourists as well.

She stressed that the paths of culture can never be closed, as it is an area where there are no customs barriers and no obstacles of other kind, adding that the aim behind the establishing the Serb Cultural Center is to promote mutual understanding, living together and cultural cooperation.

The opening of the center marked the start of this year's edition of Serb culture festival in Istria, which is devoted to Serbian writer Miloš...