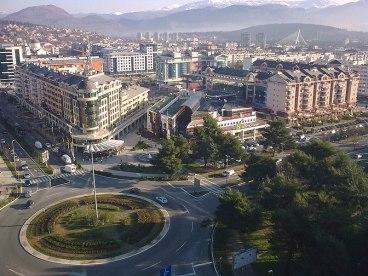 
PODGORICA -- Montenegrin PM Milo Đukanović denied on Friday that his foreign policy was anti-Russian, saying he was representing "realistic interests" of the country.

"All such claims, no matter where they are coming from, are factually baseless and politically motivated," said Đukanović as he answered MP questions during his regular monthly address to Montenegro's parliament.

The Montenegrin prime minister also said that his country's NATO and the European Union integrations were "its national interest."

"That is a synonym for a reliable peace, stability, the rule of law, economic development. Therefore, the process cannot be directed against anyone's interests," he said.

Đukanović added that Montenegro was now "much closer" to achieving its goal of becoming a NATO member and that this was the result of "what has been done" in Montenegro itself. However, he warned, there are still many obligations it must meetuntil a possible decision to allow it to join the alliance.

In this regard, Đukanović stressed that Montenegro, regardless of its membership in NATO, "remains committed to its stance to nurture good relations with other countries, including Russia."

Russia, on the other hand, described as "hostile" the statements Đukanović recently made during an official visit to the U.S. and his talks with U.S. Vice President Joseph Biden.

The Montenegrin media carried this week reports from some Russian newspapers that Russia was preparing sanctions against Montenegro for its decision to join the stance of the European Union in connection with the Ukrainian crisis.