PASOK angered by Papandreou's choice to sit next to DIMAR leader 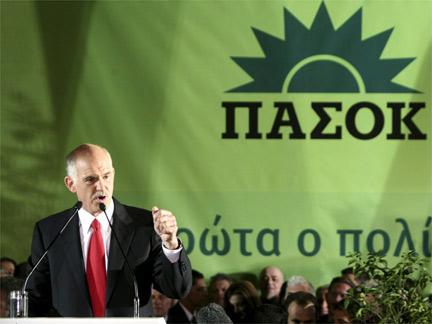 Papandreou is to appear on Monday at the launch of a book written by Marilena Koppa, an MEP who recently quit PASOK to run with DIMAR in next months ballot. DIMAR refused an invitation to join the Olive Tree alliance that PASOK will run with for the May 25 vote.