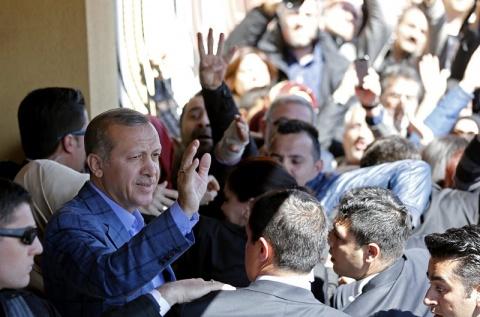 Hasim Kilic, the head of Turkey's Constitutional Court, criticized the government on Friday over its meddling into judiciary affairs.

Kilic claimed the cabinet was committing "a corruption of conscience", as Hurriyet Daily News quoted it as saying.

The judge was firm that, in states where the judiciary acts under the rule of law, "courts neither work according to orders and instructions or are they directed by friendships and enmities".

He believes that the ruling politicians "used the judiciary as a tool of revenge against their adversaries and to provide logistical support for their ideological opinions."

Turkey's Prime Minister Recep Tayyip Erdogan and Justice Minister Bekir Bozdag earlier attacked the Constitutional Court after its ruling to lift a ban imposed on Twitter over allegations of not serving national interests.

Erdogan than declared the court was issuing "non-national verdicts", days after having vowed to eradicate social media ahead of the country's local elections.

Twitter and other social media platforms were earlier used for the posting of a series of wiretapped conversations alleging the ruling party's involvement in corruption and administrative abuse.

Prime Minister Erdogan has accused his rival, Muslim scholar Fethullah Gulen, for leading a smear campaign against him using the Internet to influence public opinion.

Leader Sivasspor out to improve cushion

No political polemics at such times, main opposition leader says

Around $640 mln allocated to support exporters