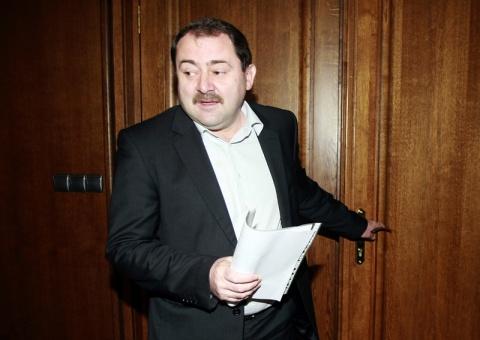 Veselin Pengezov, who heads the Sofia Appellate Court, is to be indicted by Sofia's Military District Prosecutor's Office on Monday.

Pengezov was earlier summoned to Bulgaria's State Agency for National Security (DANS), where he is to appear later during the day, Dariknews.bg has reported.

He is to be charged with EU funds misuse, but has recently insisted that the trial against him will be a political one and is related to the upcoming vote for a new Sofia Appellate Court chair.

In his words, reports of investigations into his deeds emerged when it became clear he would seek a second term in office.

Bulgaria's Chief Prosecutor Sotir Tsatsarov however denied that the probe against Pengezov was of political nature.

Last week, it was revealed that an investigation had been in place since 2010 and was related to a EU-funded project involving the introduction of an new information system in military courts, which was carried out under the operational program Administrative Capacity. The probe was launched by the EU funds fraud department with the Sofia's City Prosecutor's office, but the case was later redirected to the military prosecution, as Pengezov was in the army in 2010.

Judicial sources cited by Dariknews suggest the investigation was into "manipulated" public procurement related to the project, document fraud.

Petko Petrov, who chairs the Military Appellate Court, will be indicted on the same charge as Pengezov. He was also tipped to have a second term, but will now be prevented from running.